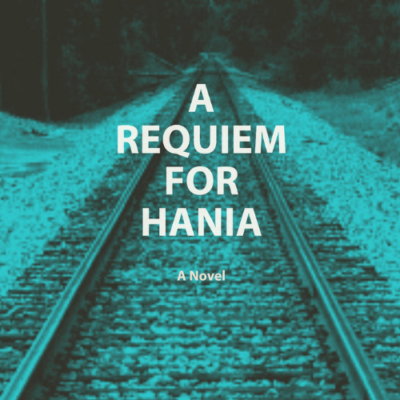 Book Launch: A Requiem For Hania by Greg Dinner

Greg Dinner invites you to the launch of his novel ‘A Requiem For Hania’ on Wednesday 20th April, from 6–8pm, at the Irish Writers Centre, Dublin.

In 1942, Hania Stern, a young Jewish girl in Warsaw and her family are caught up in the horrors of the Warsaw Ghetto. Hania survives when so many others do not survive, escaping when others do not escape. But escape is not release. Hers is the story of a soul lost, and a soul found.

In 1968 Pawel Weisz, an avant-garde composer and teacher in Warsaw, knows little of his own past; what he does know he denies. At a time of great protest, anti-Semitism and attempted change in a Communist state at a crossroads, Pawel falls in a forbidden love with a radical young Jewish violinist. But the repressive State and the times in which the two men find one another prevent any real possibility of a meaningful relationship. Theirs is a love too late discovered, leading to loss, to great pain, to exile; all the while Polish State Security secretly watches and waits.

And in 2006, Agnieska Janiec, an actor in Warsaw seeking an understanding of herself through her art, discovers at the death of her Grandmother, Hannah Kielar, secrets that push her into a journey of self-discovery: about her Grandmother, about Warsaw in the Ghetto years, about where she comes from and who she is. About those lost, and those found.

A Requiem For Hania is a story of identity, of loss, of rediscovery. It is a story about friendship, about music that illuminates our common humanity, about the pain of the past and the potential for the present and for the future to heal. It is a finally a story of where we have all come from and just perhaps where we are going.