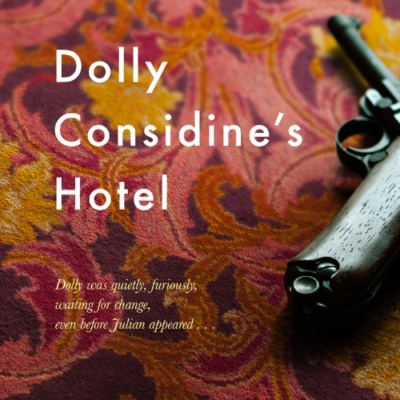 You are warmly invited to join us for the launch of Dolly Considine’s Hotel by Eamon Somers with special guests Mark Ward and Rosamund Taylor (Queering the Green).

Eamon Somers was born and grew up in inner city Dublin. He was a campaigner and spokesperson for Ireland’s fledgling lesbian and gay rights movement (NGF) in the early 1980s. He later moved to London and spent two years in Haringey’s Lesbian and Gay Unit until Clause 28 and Council Tax cuts sent him into the charity housing sector where he worked until his retirement.
Eamon’s story Spring in the Country won the Carmarthen Short Story Competition sponsored by BBC Wales. Other stories have been published in Chroma, Tees Valley Writer, and ABC Tales. Eamon is a graduate of the Certificate in Creative Writing at Birkbeck College London and has taken numerous course at the Irish Writers Centre where he has also read at several Taking the Mic events.
Dolly Considine’s Hotel is Eamon’s debut novel. He is currently working on The Woes of Camillus Staunton, a novel based on a short story of his included in Quare Fellas, an anthology of Irish LGBTQ fictions. He is the father of three wonderful children; he and his Civil Partner (Tomás) are very proud to be called Papa and Papi by their two grandchildren, Daragh and Alva
___

Rosamund Taylor is a poet and critic. Her first collection, In Her Jaws, is published by Banshee Press in May 2022. A selection of her poetry won the Mairtín Crawford Award at the Belfast Book Festival in 2017, and her poem The Proof won the London Magazine Poetry Competition in 2020. Her poem, Pride 2017, was chosen by Poetry Ireland as one of twelve “Pocket Poems” to be widely distributed in celebration of National Poetry Day 2020.

She has published over fifty poems in Ireland, Canada, the US and the UK. Recently, her poems have appeared in Fourteen Poems, The Rialto, Poetry Ireland Review and Poetry Salzburg, as well as numerous anthologies, including Queering the Green and Out of Time: Poems from the Climate Emergency.

Lyrical and inventive, Rosamund’s work looks at marginalised identities, such as being queer and neurodiverse, and how being marginalised in one way can lend insight into the destruction and dismissal of the natural world. She has been inspired to look to historical figures to understand what it means to challenge expectation and tradition. Her attention is drawn to women in science, such as Caroline Herschel, the 18th-century astronomer, who was told reading was almost as bad for her as witchcraft, and to Joan of Arc, who was killed because she was so far outside of accepted norms.

Rosamund is an experienced editor of both poetry and prose. Connect with her on GoodReads to see what she’s currently reading, chat to her on Twitter, or get in touch if you are interested in her work as a writer, book reviewer or editor. Rosamund lives in Dublin with her wife. Instagram

Mark Ward is a published poet from, and living in, Dublin. He has been writing poetry since childhood. Focusing seriously on the craft in his late twenties, he has had numerous pieces published in literary journals and anthologies, across the world (Tincture, Softblow, Assaracus) as well as more recently in Ireland (The Irish Times, Poetry Ireland Review, Skylight47, Boyne Berries, The Honest Ulsterman).His first chapbook, Circumference, was published in August 2018 by Finishing Line Press. His second chapbook, Carcass, was published by Seven Kitchens Press in 2020. His third chapbook – a prose/haiku hybrid-novella-thing, Hike, was published by Bear Creek Press in 2021, and is set in the world of Bear Creek. His first full-length poetry collection, Nightlight, from Salmon Poetry in 2022. 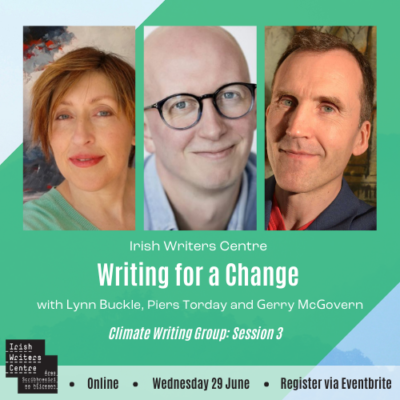 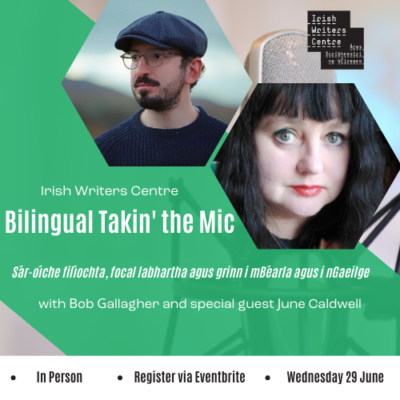 Takin’ the Mic With Bob Gallagher and June Caldwell