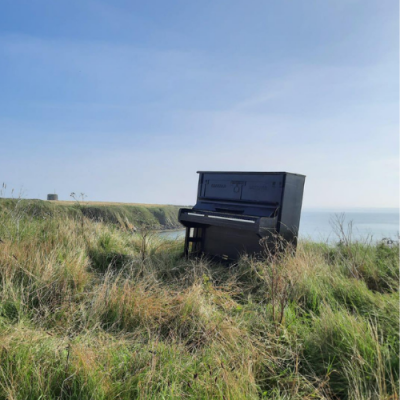 A Burning Tide will be made available online for a limited time from 7pm to midnight on Friday 17 September.

The Irish Writers Centre, in association with Fingal County Council’s Arts Office, is delighted to present A Burning Tide – A New Writing & Film Commission, to be presented as part of Culture Night 2021 on 17th of September 2021, at Loughshinny Boathouse from 7pm – 9pm.

At the stroke of midnight on 18th June 1921, six Coast Guard stations on the North Dublin coast were silently approached by groups of IRA men ready to undertake a simultaneous attack. The reason for these attacks was to secure a landing place for a shipment of arms which were being smuggled from the U.S. aboard the freighter East Side. It had been meticulously planned – the raiding parties lay in wait, having cut the telephone wires to ensure no one could raise the alarm. When zero hour arrived, they rushed into stations up and down the coast, taking the Coast Guards by surprise. The Guards and their families, wholived onsite, were told to leave immediately and the stations were set alight. As dawn broke the following morning, flames were still licking what was left of the stations at Skerries, Loughshinny, Rush, Rogerstown, Portrane and Robswall.