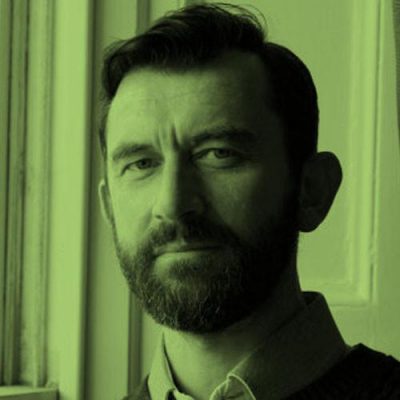 A writer to be championed… utterly engaging… vivid, fresh and brought fully to life… written with a sharp eye and a big heart, The Good Son will establish Paul McVeigh as an important new Irish voice — Lucy Caldwell

Mickey Donnelly is smart, which isn’t a good thing in his part of town. Despite having a dog called Killer and being in love with the girl next door, everyone calls him ‘gay’. It doesn’t help that his best friend is his little sister, Wee Maggie, and that everyone knows he loves his Ma more than anything in the world. He doesn’t think much of his older brother Paddy and really doesn’t like his Da. He dreams of going to America, taking Wee Maggie and Ma with him, to get them away from Belfast and Da. Mickey realises it’s all down to him. He has to protect Ma from herself. And sometimes, you have to be a bad boy to be a good son.

Paul McVeigh’s work has been performed on stage and radio, published in print and been translated into 7 languages. He began his career as a playwright in his home town, Belfast, before moving to London where he wrote comedy shows, which were performed at the Edinburgh Festival and in London’s West End.  The Good Son (Salt), his first novel, was Brighton’s City Reads for 2016, shortlisted for The Authors’ Club Best First Novel Award and is currently a finalist for The People’s Book Prize and longlisted for The Polari Prize. It was shortlisted for The Guardian’s ‘Not The Booker’ Prize in 2015 and chosen by The Literary Platform to be part of The UK-Russia Year of Language and Literature. He won The McCrea Literary Award in 2015.

– This event will be recorded in front of a live audience for the Irish Times Book Club podcast so please arrive promptly.
– Whether you’ve read the book or not, come along on the 19th and join in the conversation. The book will also be available for purchase at the event.