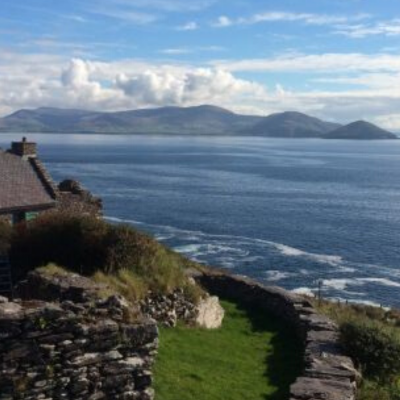 The Irish Writers Centre’s Takin’ the Mic returns to International Literature Festival Dublin for a bilingual evening of poetry and prose in English and Irish. Hosted by writer Marcus Mac Conghail, the evening will feature a guest performance from Nicole Flattery and from the National Poet of Wales, Ifor ap Glyn, along with our usual open mic slots for poets, writers, musicians and comedians. For general admission, see the International Literature Festival Dublin website.

Coiscéim published his collection Ceol Baile which was awarded The Michael Hartnett Poetry Prize. He has had poems published in Feasta, Southword Journal, The Stinging Fly, Comhar, and Poetry Ireland Review. He has read at Fíochán Filí in Waterford, Cúirt in Galway, An Fhéile Bheag Filíochta in Kerry, Ó Bhéal in Cork, Fleadh Phádraig in Belfast, Staccato in Dublin, The International Literature Festival Dublin, and Imram – also in Dublin. His work has been broadcast on both radio and television in Ireland and he will shortly be featured on a BBC Radio 4 documentary on new Irish language poetry.

Nicole Flattery’s stories have been published in The Irish Times, The Dublin Review, The White Review, Winter Papers, The Letters Page and The Stinging Fly. She is a recipient of a Next Generation Artists’ Award from the Arts Council and The White Review Short Story Prize. She lives in Galway. Show Them A Good Time is her first book.

Ifor ap Glyn is the National Poet of Wales since 2016 and has won two crowns at the Welsh National Eisteddfod. He has performed his work all over the the world and is grateful for this opportunity to return to Ireland again.

He has worked on many Welsh-Irish collaborations in the fields of television and theatre as well as poetry, including the trilingual theatre pieces, “Frongoch” and “Branwen” which toured in Wales and Ireland. Most recently he performed ‘The Empty Chair / An Chathair Fholamh’ in Dublin and Belfast in 2017.

Ifor was brought up in the Welsh community in London, but now lives and works in Caernarfon.

– Five mins per performer
– Slots are on a first come, first served basis

– Performers should sign up in advance via Eventbrite.
– Please note that the performers’ list books up quickly, after that there is a waiting list.
– Donation tickets do not count as performance tickets.