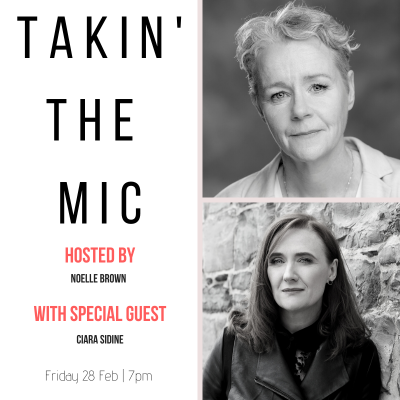 Takin’ The Mic with Noelle Brown and Ciara Sidine

Takin’ the Mic returns for the first session of 2020! Join us on Friday 28 February for an evening of comedy, music, prose and poetry with MC Noelle Brown and special guest Ciara Sidine.

– Slots are on a first come, first served basis

– Performers should sign up in advance via Eventbrite (free!)