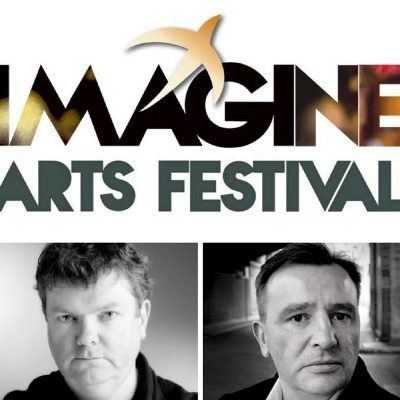 Imagine Arts Festival, in partnership with the Irish Writers Centre, commemorates the memory of Raymond Chandler and his close connection with Waterford.

Irish crime writers Alan Glynn  and Declan Hughes read from their work and discuss the influence of Raymond Chandler on their writing and on contemporary crime fiction.

Are the detectives who go down today’s mean streets still in the great man’s debt? Or have we had enough of heroes?

Alan Glynn was born in Drumcondra, Dublin in 1960 and was educated at Trinity College in English Literature. He currently lives in Terenure, Dublin, with his wife and two sons. His first novel, The Dark Fields (renamed Limitless) was adapted by Neil Burger and starred Bradley Cooper, Abbie Cornish, and Robert De Niro. He also received the 2011 Irish Book Award for Best Crime Novel for the second book in his loose “Land” trilogy (Winterland, Bloodland, and Graveland). His latest novel Paradime has just been published.

Declan Hughes co-founded Dublin’s Rough Magic Theatre Company. His plays include I Can’t Get Started; Love and a Bottle (adapted from Farquhar);Digging For Fire; New Morning; Halloween Night;Twenty Grand; Tartuffe (adapted from Moliere);Shiver and The Last Summer. Declan’s first novel, The Wrong Kind of Blood won the Shamus Award for Best First PI novel and the Le Point magazine prize for best European crime novel. Subsequent novels include The Colour of Blood;The Dying Breed; All The Dead Voices and City of Lost Girls. His books have been nominated for the Edgar, Macavity, Theakstons, CWA New Blood Dagger and Irish Book awards. His latest novel is All The Things You Are.