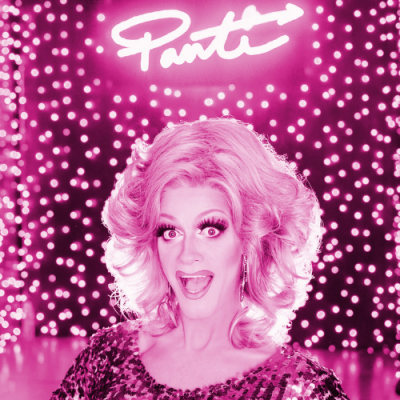 XBorders:Transition welcomes Rory O’Neill (a.k.a Panti Bliss) to talk about his personal experience on the topic of transition.

The Irish Writers Centre is delighted to welcome Rory O’Neill (a.k.a Panti Bliss) to the first seminar of the XBorders: Transition programme.

Rory’s work as an LGBTQ+ advocate came to the fore during the 2015 marriage equality referendum which was preceded by his stunning and widely shared speech in the Abbey Theatre as Panti Bliss. It is this transformation from Rory to Panti as a performer that then inadvertently led him to become the leading voice of the LGBTQ+ community for the referendum and beyond. As an audience, we look forward to hearing the inside story from Rory, and his own reflections on important moments that led to these transitions for him personally and politically.

Panti Bliss is a writer, performer, pub landlady, ‘gender discombobulist’ and ‘accidental activist,’ and has been a fixture of Ireland’s gay community since the late 80’s.

She played a central role in the campaign for marriage equality in Ireland, and in 2014 a speech she made in the Abbey Theatre about oppression and what it is to be LGBTI+ in Ireland became an international sensation, was lauded as one of the world’s great speeches, and turned her into an iconic figure for equality in Ireland.

Her memoir Woman In The Making was published by Hachette in 2014, and she was the subject of a major documentary in 2015 called The Queen Of Ireland.

Panti continues to regularly tour internationally with her live shows, has presented a radio show on RTE called Pantisocracy for a number of years, and is much in demand as a public speaker. She also travels extensively on behalf of the Irish Department of Foreign Affairs and Irish Aid.

She also owns a pub.

When not touring, Panti lives in Dublin with her dog Penny.

XBorders is an exciting cross-border project bringing emerging writers together to explore and write about borders through fiction or non-fiction through shared experiences and workshops. The programme includes seminars open to the public that welcome interesting writers and speakers to speak on a theme in relation to their work. In the past two programmes, themes focused initially on conflict, then on reparation.

XBorders: Transition is the third incarnation of the programme which encourages participants and speakers to explore the theme of transition in all its forms, whether physical, literal or internal and personal.  We are interpreting the theme widely to invite as much discussion and imagination to the subject as is possible.

This event is open to the public and there will be a Q&A at the end.

This event is free to attend but we have a suggested donation amount of €10 that will help the Irish Writers Centre continue to find high quality and interesting speakers for all future events.

XBorders: Transition is an Irish Writers Centre initiative supported by the Arts Council of Northern Ireland and An Chomhairle Ealaíon.