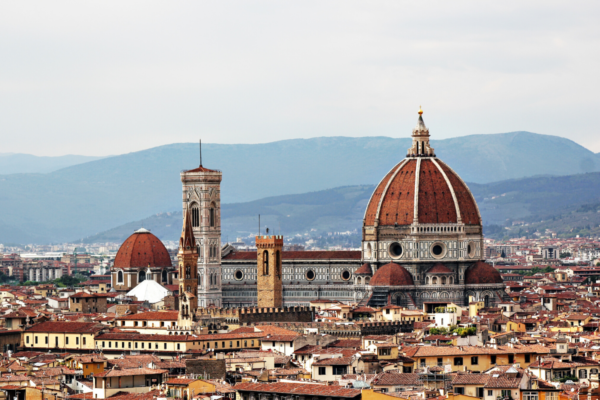 A Week in Florence Thanks to the generosity of the Irish Writers Centre I was able to partake of a week-long residency in Florence as the guest of St Mark’s English Church in early October 2019. During the week, I gave an evening reading of my work and held a workshop some days later in which I showed how one of my poems progressed from the status of being a vague idea to being a published piece in The Irish Times. I was very taken by the enthusiastic reaction of the participants on both occasions. Apart from these duties, my days were filled with wandering around this beautiful city and exploring its famous piazze and intriguing narrow streets. The church of Santa Maria Novella was as beautiful as I remembered from twenty-five years ago when I first spent a few days here (and when I could tramp around tirelessly from dawn to dusk. Not so now!). And to make the visit to the church even more exciting, this time it included an exhibition of Leonardo’s groundbreaking experiments — in art and in science – which was so stunningly presented that I am sure the Great Man himself would have been pleased. When I had mastered the bus routes, I took time to ramble a little around the suburbs in search of second-hand bookshops and to sample something of city life away from the city centre and the Great Sights. I was pleased at the sight of groups of people chatting on their piazzas or sitting out dining in front of their ristoranti. Their casual groupings reminded me of those figures Canaletto put into his painting to make his depiction of great buildings and edifices a little less overpowering. The general air of relaxation and unstressed living was infectious and in great contrast to the trafficy, tourist-crowded inner thoroughfares. I enjoyed the Great Sights as much as anyone else of course, but it has to be admitted that one can tire of Great Sights and something in me relished the moments spent reading outside a coffee shop a book picked up from one of the many independent bookshops specialising in used books. St Mark’s English Church is the focal point for English people (and English-speaking people) in Florence and here I must thank its Chaplain and management personnel for making my stay such a pleasant one. The church is itself is an historical part of Florence, stemming from the era of ‘The Grand Tour’ and is the venue for various cultural events throughout the year. During my stay, no evening passed but the strains of the choir rehearsing for their next event or the soaring notes of opera made their way up to my apartment. During my week a well-attended production of La Boheme was mounted. What else is there to say about this magical city of the Medici and its eternally courteous citizens? You will get a lot of information from any decent guide book but there’s nothing like a sampling of the real thing. Like taking a stroll across the Ponte Vecchio and down along the Arno in the evening when the traffic has died down. At the Ponte Santa Trinita, you can pause at the corner of the bridge where Dante met Beatrice and was so hurt when she wouldn’t look at him because she had found out that he had flirted with someone else, a moment forever captured in Henry Holiday’s famous painting and one of the many great moments forever associated with this great city. 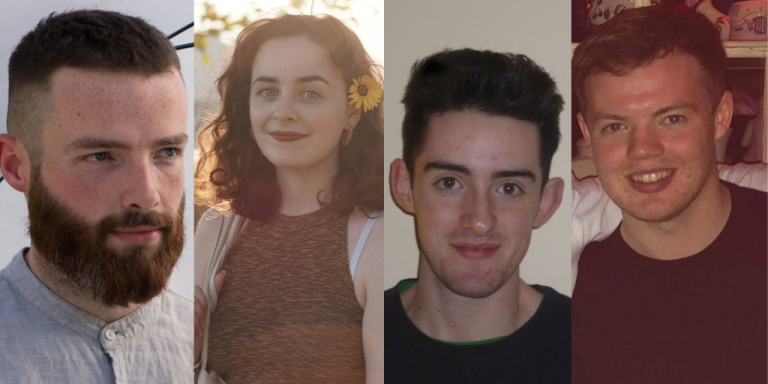