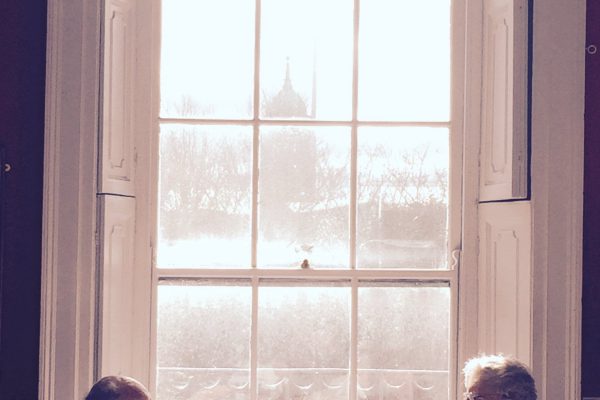 As the Novel Fair deadline approaches (21 October 2016), we went back through our winners’ stories and were reminded of the old adage, ‘if at first you don’t succeed…’ This week we hear from Aidan J. Herron and how he went from Novel Fair longlistee to sitting across from publishers and agents just two years later…

There was no going back once I dropped my entry into the postbox. I was committed. Writing for educational purposes, familiar territory to me, was one thing. Entering an open competition like the Irish Writers Centre Novel Fair 2013 was quite another.

I had never submitted my work to anybody for comment before nor was I part of a writers’ group so I had no idea of what others would think of it. But I believed in my story. And I also had some small belief in my own ability. A few months later, to my utter surprise, my nom de plume appeared on the Novel Fair long list. I read and re-read the IWC email, convinced that someone else must have used the same pen name. But the book title was mine: ‘The Awakening.’ No mistake then. I began to believe.

A couple of weeks later, the winners were announced. My pseudonym wasn’t listed this time. I read and re-read that IWC email too, amazed at my feelings. Disappointment! Dismay! A bit of slow-burning resentment even. Not at the judges, let me quickly add, but at myself. I had come close…but not close enough! It was good…but not good enough.

My family, a keen bunch of readers, had been encouraging me but didn’t realise the extent of what this meant to me. My Beloved Daughter was amused when I eventually told her, and perhaps she was a little proud at my even getting as far as the long list. But inside, I was gutted. Stung even, at not making the grade. I decided not to take it lying down.

I took a break before returning to the rejected manuscript and read it with fresh eyes. How unsophisticated and underdeveloped, I thought. The judges were right! It lacked fizz and sparkle, and a plot that crackled. So I returned to it with a renewed sense of purpose. I tore the whole thing apart, ruthlessly analysing it from every aspect. I revamped the plot, plot layers and subplots, dumping themes and threads that I once had thought were brilliant; whole chapters that had added little to its progress went into the trash, even though they had been meticulously researched and crafted. I eliminated several characters and invented new ones; I spiced up the dialogue, introducing menace and suspense. And I became bloody-minded – I loved my characters but they had to be made to suffer and bleed. My main (male) protagonist was joined by a female associate who brought whole new dimensions to the storylines. They developed a dark side, (I was exploring my own at the same time), so that they became more unpredictable and less dependable, flawed and imperfect. I introduced a killer opening that would grab the reader and make them spill their tea; and carefully paced the action to a dramatic climax, when they’d spill their tea again. Well, that’s what I was trying to do.

And then, two years later, I approached that postbox again. I entered the IWC Novel Fair 2015 with ‘The Obsidium’, my totally reworked book. The fact that my Beloved Daughter had by now taken up employment in the IWC was a complication, though she wasn’t involved with the competition judging process at all. However, this was easily addressed by simply not telling her that I was rewriting the novel in the first place, and then by submitting my entry once more – under a different nom de plume. When it would be discounted, I reasoned, she would never have known that I had entered in the first place, and my fragile paternal dignity would be intact. That year, ‘The Obsidium’ was one of the twelve winning entries. My stubborn persistence at the keyboard had paid off, my fragile paternal dignity remained intact and my creative ego received a serious boost, thanks to the IWC Novel Fair.

Aidan J Herron, a winner of the 2015 Novel Fair, has gone on to publish a novel about the Battle of Waterloo, entitled To the Beat of a Savage Drum, and is a regular contributor to The Skerries News. 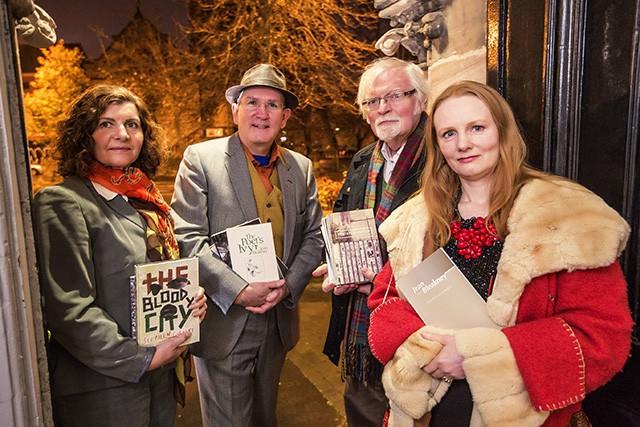