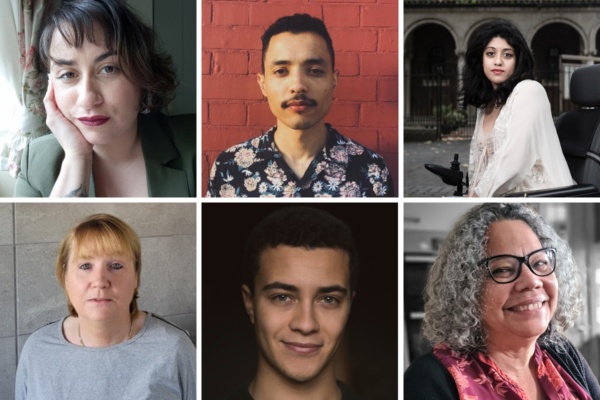 The Irish Writers Centre is delighted to announce the awardees of the Foundation Programme, a collaborative pilot programme offered in partnership with Cúirt International Literature Festival Dublin that aims to break down access barriers for emerging writers from ethnic minority backgrounds as they launch their careers.

These writers will receive a range of supports including access to writing courses and bespoke workshops which aim to demystify the publishing industry, culminating in a live performance of their work. They will also be mentored by Sharmilla Beezmohun, a London-based novelist, editor and co-founder of Speaking Volumes.

Participants for Foundation were selected from the writers featured in Breaking Ground Ireland, a landmark publication by Cúirt International Festival of Literature and National University of Ireland Galway showcasing over 90 writers and illustrators from ethnic minority backgrounds, including Irish Traveller writers, from the island of Ireland. Breaking Ground Ireland was created in collaboration with Speaking Volumes, a UK-based literature organisation which specialises in getting underrepresented voices heard. It is a continuation of their existing Breaking Ground series, which since its inception has supported the careers of hundreds of British writers and illustrators of colour. 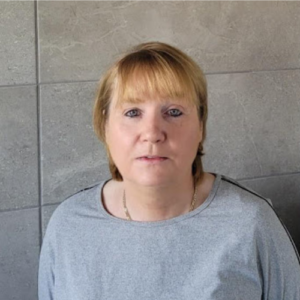 Nora Corcoran is 54 years old, a mature third level honours degree student and an aspiring writer, whose passion is  for writing children’s stories which are inspired by her  own Irish Traveller background.

The Irish Traveller, (Mincéir) community are an ethnic minority with  their  own secret language called Cant, whose ancestors  can be traced back to the 12th century in Ireland. 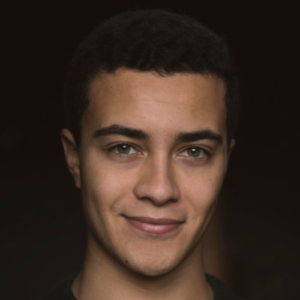 Mahito Indi Henderson is a Dublin-based writer and actor. His work has been published in The Moth, The Echo, The Disposable Stories, The Foundationalist and North by Northwestern. In 2021, he was a finalist for The Iowa Review Awards, and was longlisted for the 2020/21 and 2021/22 Fish Short Story Prizes. Mahito is currently the coordinator of Skein Press’ Play It Forward Fellowships, a development programme aiming to make the literary industry a more equitable place for marginalised and underrepresented communities across Ireland. Photo courtesy of Bloom Artist Management. 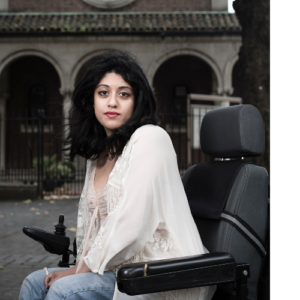 Maryam Madani is a writer, freelance journalist, singer and disability activist. Her writing reflects her multi-layered experience as a physically disabled Indian-Irish woman, voicing the struggles of the disabled peoples’ movement and ways of understanding disability which are absent from mainstream narratives. She has a BA in English Studies from Trinity College Dublin, and an MA in Journalism from TUD. She is a member of Webspinners, a creative writing group for disabled people, and sings and works for the multicultural Discovery Gospel Choir. She is the Founder/Chairperson of Disability Power Ireland, a grassroots DPO hosting Ireland’s first Disability Pride and Power Festival. 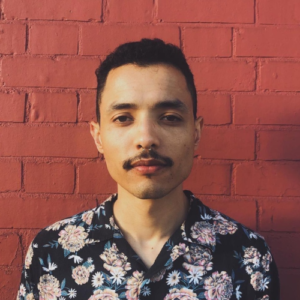 Rafael Mendes is a writer and translator from Brazil. He’s currently completing a MPhil in Comparative Literature at Trinity College. His work has appeared in Writing Home: The New Irish Poets (Dedalus Press, 2019), Cyphers, Icarus, LITRO Magazine, Trinity Journal of Literary Translation, Bealtaine, Flare, and elsewhere. He has received bursaries from the Irish Writers Centre and Poetry Ireland. He was selected as a 2022 UpLift: Young Leaders of Colour in Literature Initiative. His work is part of UCD’s Irish Poetry Reading Archive. 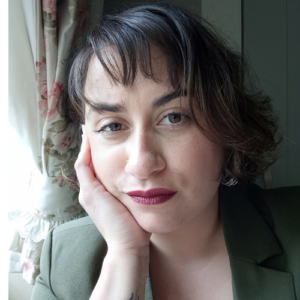 Charlotte Rea-Patel is a writer of Irish-Gujarati heritage based in County Derry. She has been writing for almost ten years, but it wasn’t until she joined the Burnavon Writers’ Group in 2017 that she began looking at her work more seriously. Charlotte writes poetry and YA fiction. She was awarded funding from the Arts Council Northern Ireland’s Minority Ethnic Artists Mentoring and Residency Programme to assist in developing her YA fantasy novel with the intention of publication. In 2019, she won a bursary place for the John Hewitt Summer School and has read her work at International Women’s Day, the John Hewitt Festival (with Women aloud) and Ireland Poetry Day. 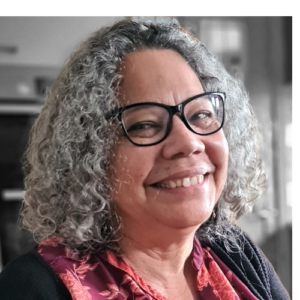 A grandmother, Sylvia Wohlfarth is an English teacher working with Syrian refugees. She has an MA in Social Anthropology and is a trained intercultural dialogue facilitator. She writes poetry, short stories and creative nonfiction themed mostly on social injustice, racism and life in general. Born in Nigeria to a Nigerian father and Irish mother, she wishes to finish writing their biography and the personal relationships between Ireland and Nigeria dating back to the early Irish missionaries. She has published essays and poems in, among others, Our Human Family Weekly. 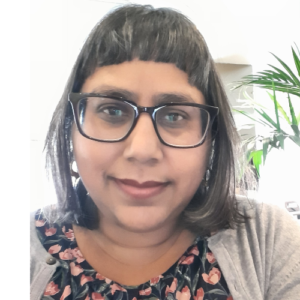 London-based Sharmilla Beezmohun has worked in publishing since 1994. In 2010 she co-founded Speaking Volumes Live Literature Productions with Sarah Sanders. In 2021, she edited Not Quite Right for Us, an anthology celebrating ten years of Speaking Volumes. In 2010 Sharmilla’s first novel was published in translation in Spain; other writing has been published in various journals and translated into Finnish. Sharmilla is a Trustee the George Padmore Institute, an archive housing unique collections from pioneering Black British political and cultural organisations of the last seventy years. In 2019 she became an Honorary Fellow of the Royal Society of Literature.

You can find further information on our other programmes and upcoming deadlines over on our Opportunities Page. 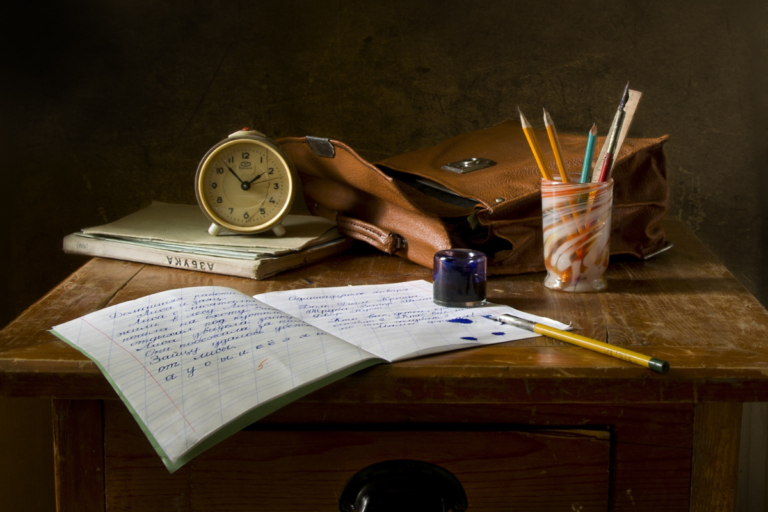 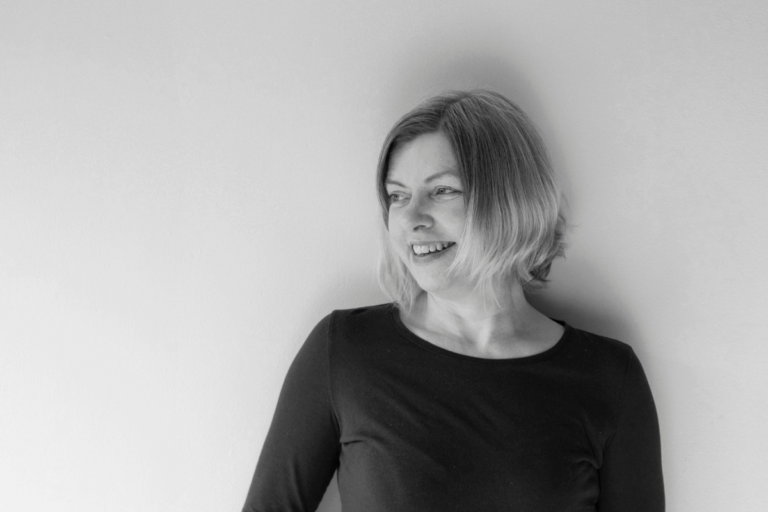