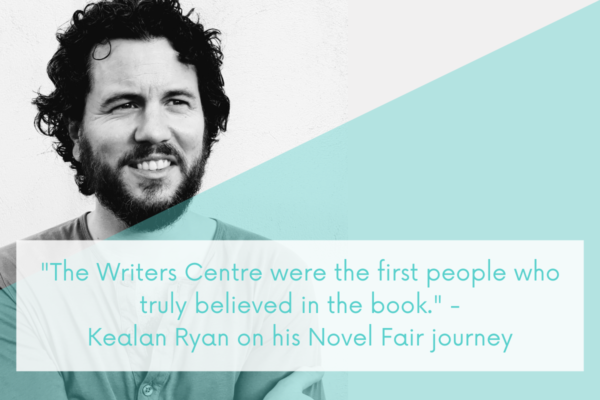 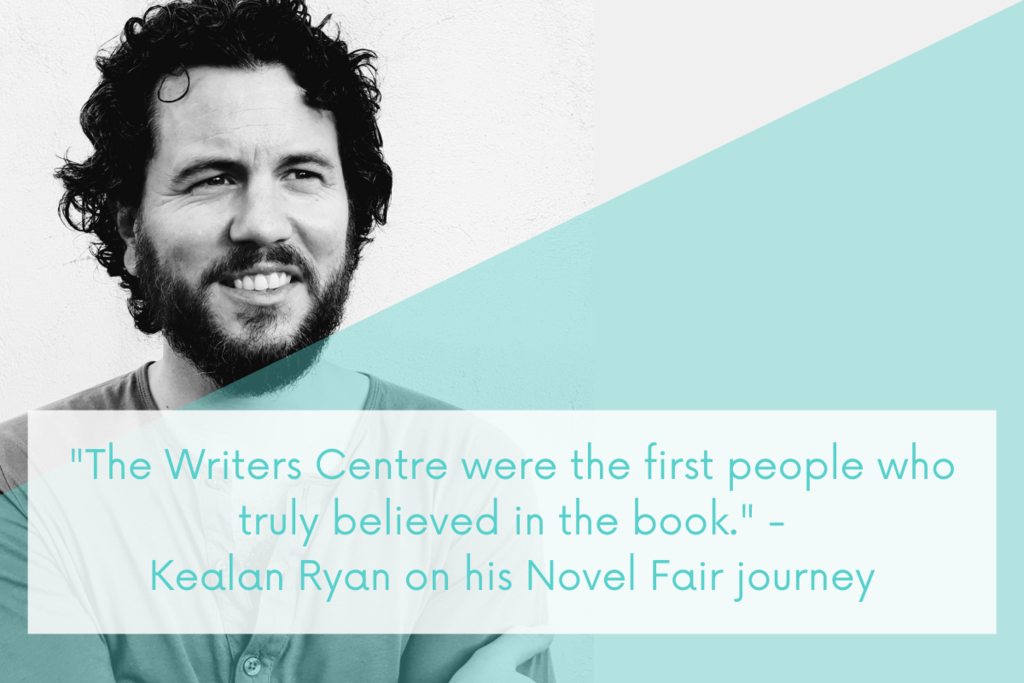 Kealan Ryan is a novelist, actor and filmmaker. His debut novel, The Middle Place, was published by Mercier Press (2019) and was a winner of the Irish Writers Centre Novel Fair 2015. He wrote, produced and stared in Amazon Prime’s award-winning feature film LIFT (2018). He has also written for the Irish Times and has had work published by the O’Brien Press. His film, The Anderson Corporation Will Change Your Life, was a Grand Prix Irish Short Selection at the 65th Cork International Film Festival (2020). He is currently in-development of his next feature film, Through the Silent Lands.

Could you tell us a bit about yourself?

I worked in various jobs for a number of years before finally deciding in my 30’s to pursue a career in writing and acting. I started working on my novel, The Middle Place, as well as a screenplay called Lift which ended up getting made. I had acted in a bunch of short films, but Lift was my first proper experience on a decent feature production. I was a producer on it too so even though there was a lot of banging my head against a wall in the years it took to finally see it released on Amazon Prime, ultimately it was a rewarding experience and I’ve been working in the industry ever since. I’ve set up a production company with my brother, Mark, and we’re now in-development of our second film, planning to shoot it next year.

What was your experience of entering Novel Fair 2015?

There was no mad last-minute dash or anything. I wouldn’t be particularly well known for my promptness but as far as I remember, on this occasion I had everything in order in plenty of time. Although, I didn’t actually drop in the manuscript, my wife did it for me so perhaps her memory of it is a little more frantic. Actually, as I write this, I do seem to recall something about her having to run all the way from Grafton Street (where she worked) to The Writers Centre in the September sun so I must thank her again.

There was no mad last-minute dash or anything. I wouldn’t be particularly well known for my promptness but as far as I remember, on this occasion I had everything in order in plenty of time. Although, I didn’t actually drop in the manuscript, my wife did it for me so perhaps her memory of it is a little more frantic. Actually, as I write this, I do seem to recall something about her having to run all the way from Grafton Street (where she worked) to The Writers Centre in the September sun so I must thank her again.

Could you tell us about your novel?

The narrator of the story is Chris, who has been killed in a one-punch attack. He’s dead, but not gone, stuck in the middle place. Watching his family trying to cope with the tragedy. Watching his killer, hoping to get his revenge, he just has to figure out how. As he goes on this journey he also looks back on his life in a humorous way. Ultimately, it’s a story about love (both platonic and romantic), loss & grief, forgiveness and redemption.

When I finished my first draft, I realised I had no idea what to do next. I had never written anything before and had zero connections within the writing community. Someone recommended, The Writers and Artists Yearbook, which I bought and proceeded to go through the motions of hitting up every agent/publisher in the thing. My naivety wore off as the rejection letters piled up and understanding kicked in that a lot of these places are getting hundreds, if not thousands of submissions per week. Why should they even look at mine? I thought that Google might have the answer. And it did! I came across the Novel Fair competition and saw it was an opportunity for unpublished authors, so I signed up.

What was your experience of getting your novel picked up by Mercier Press?

I didn’t actually get picked up at the Novel Fair so that call from Mercier Press came in two years later. I had put the book aside, worked on my film and a theatre production I was involved in, then in 2017 I decided to give the book one last push and ended up getting a few offers on it. I think the new upbeat response came down to my pitch letter being more developed – I had the film under my belt and also the Novel Fair win which validated me as a writer. I only sent the manuscript out to a few places and Mercier Press where the last to get back to me. But they also happened to be my first choice; I liked that they were Irish so would get the vernacular and style of the book. They had also discovered John B. Keane who is one of my favorite writers and I loved the idea of being with the same publisher as him. I was feeling confident because of the positive responses I was receiving so perhaps foolheartedly, I turned down the other offers in favour of waiting to see what Mercier would say. Luckily it paid off and they were great to work with. The effort they put into the edit made my book so much better and taught me a lot about writing. It took another two years until the book hit the shelves. So, by 2019 it was a dream come true of about ten years in the making.

The Writers Centre were the first people (outside of my mam and other loved ones) who truly believed in the book. It gave me a huge and much needed boost, telling me I was on the right track and not crazy to think that this book deserved to get published. Anthony Glavin in particular was a big supporter of it early on and the positive encouragement he gave me on the day stood to me.

I didn’t get published directly off the back of the Novel Fair, which was a blow at the time. But a thick skin is needed in this business and after the initial disappointment (of about two years – maybe my skin’s not that thick actually) I started looking at the fact that I was selected for the Novel Fair as the win. That was something I could build from because it legitimized me as a writer. As I mentioned, I included it in my opening line of my pitch email. I also have it printed proudly in my author bio in the book. It was The Middle Place’s first win and one that I’m very grateful for because of the affirmation it gave to me.

The other great thing about it is that I’m not alone anymore as a writer. I’m now a member of the Irish Writers Centre, which can be a great support to writers if they need it. When my book was complete, the IWC reached out to Joseph O’Connor (another writing hero of mine) who was kind enough to not only read my book but to give me a lovely endorsement also. His quote sits on the cover right above the title and is my favorite part of the design. Actually no, having my own name on the cover is my favorite part. That probably sounds vain and maybe it is. But it’s also a fantasy realised and they don’t come along too often. Making a dream come true is no joke. You need every bit of help you can get to make it happen. That’s what the Novel Fair was for me, a friendly and helping hand offered, at a time when no one else had theirs out.

You can read more about Novel Fair 2022, and the conditions for entry here. The deadline to apply is Thursday 30th September 2021. 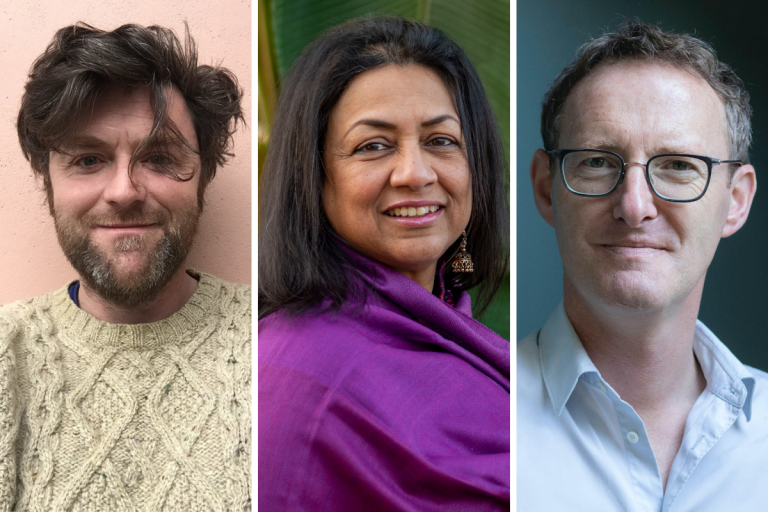 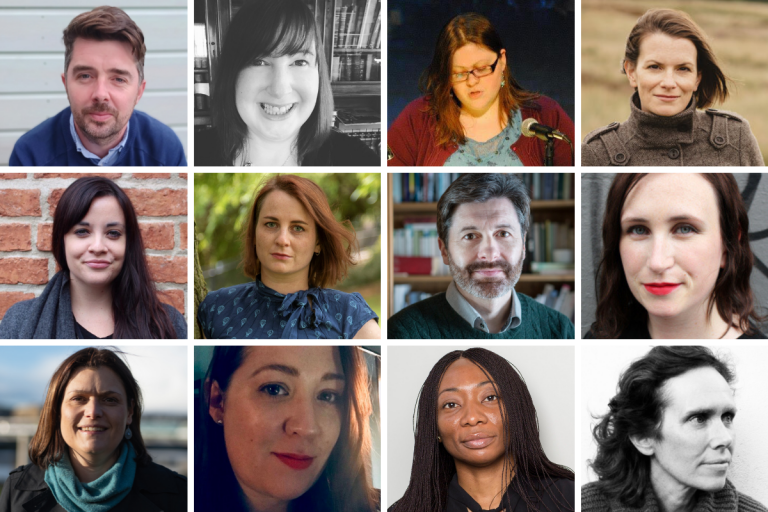